The first #MLBBForsakenLight Cinematic, “The Host: A Tug of War”, is now released!

What’s the story between Yin and Yu Zhong? What makes the two come to blows? What are Yin’s shackles of fate? We can’t help but wonder!

If the Cinematic Trailer is not enough to answer your questions, no worries. Stay tuned to the comic “The Host: In Hopes of Light”, which will be released on January 13!

Made with ❤ with PAvilion Health Shop 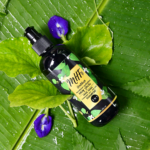